Skip to content
Home
Blog
10 Mistakes To Avoid With Wigs

10 Embarrassing mistakes to avoid and I think we have seen them all. Everything from too much glue, too much glue all along the hairline. Density, too much hair density, I cover that in my book. You gotta have natural hair density. Here’s an example, If you are like Beyonce and you are front and center stage and you have people who have to see you all the way in the back, the thicker the hair the more dramatic the look, think theater. If you are out to dinner with friends and they are sitting about 5 feet away from you, you are going to need a more natural look.

What are some other mistakes that people make? How about the wrong hair texture? One of the things that I talk about in the book is the way that you can determine if it is the right hair texture is “The Eyebrow Test.” You take the hair and you just you know match it up against the eyebrow, the hair texture of the eyebrow. If you have very coarse, curly hair, love that first and know what it is and then understand that if choose to step over the line and go over to let’s say like 24 inch long Chinese hair, which will bring you hair all the way to the small of your back and it DOES NOT match your eyebrow texture. It’s a dead giveaway! So if you are going with a more natural look these are just some tips and mistakes to avoid. But if you know what you are doing and you’re going for that really eccentric, doesn’t have to look natural, theatrical look. Keep going! Go for the stage!

Alright, what’s some other mistakes that people make? Hair color, we cover that. Hair color that doesn’t match a person’s complexion or is a little too much. Another thing that is really important is that if you have started and you have purchased hair that has poor quality. It’s like starting from negative 10 and trying to get up to zero, you’re just never going to make it! So you just gotta start out with really good quality hair if you want really good results! That’s another mistake that people make is buying or caring for dry and brittle hair. So you just want to avoid that mistake. I’ve made the mistake I’ve been caught out there with too much glue, the wrong hair color, the wrong hair texture, the wrong density. Every mistake that you could think of that’s been made, I’ve done it! I’ve braved the world, I’ve put myself out there, and I’m saying it so you don’t have to! 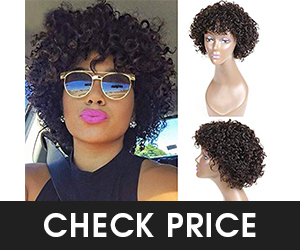